I've been playing hockey for years and Check Please literally nails the entire game and its culture. How do you write it all so accurately if you've never played? I also play goalie and would love to see a main character between the pipes!

Not only have I never played, I skate like a newborn giraffe and have literally held a hockey stick in my hand once!

And I’m from Texas.

I’ll probably do a FAQ/write-up on the creation of Check,Please!, but long story short, I did 3-months of hockey research my senior year of college in order to write my first screenplay Hardy, a story about a really butch hockey player named Chris Einhardt who falls for his best friend and former teammate. It has intellectual gems like:

…Yeah. Not really. But I mean, everyone has like fucking random thoughts. Okay, say you have like a million thoughts in a year, so maybe like 400 thousand are about girls and stuff, and maybe 400 thousand are about hockey, and maybe 1 of them has to be randomly about a guy. Completely randomly. But that thought may not even be a full thought anyway. And you don’t act on that, because, hey. That’s pretty fucking gay. But there’s a line. Now, gay guys—your friend? Shit. Like 500, 600 thousand thoughts a year about cocks and stuff.

Ehhh, give or take a cock.

Believe you me, I was paranoid about stepping into this completely foreign culture and making some horrible faux pas. But the upside of the excessive research is that I had all this leftover hockey know-how when I completed the screenplay…

which I used to create Check, Please!

Why'd you add the bunny on his bed in the two most recent comics in his room?

He also starts appearing after Bitty finishes unpacking in Comic 2…and then goes into hibernation to reemerge in the spring. I don’t know what Bitty’s going to do about SB once he moves into the Haus. It’s in serious danger of Ransom and Holster taking selfies with it???

Hey there! Question for ya: what would Bitty do when the World Cup is on, but there are also desserts for the 4th of July to be made? I might have just been looking up how to make mini cherry pies all dressed in red, white, and blue, instead of watching the game... Just thought you might appreciate that(would the other guys get into the World Cup as well?).

I think he gave up on World Cup desserts, unfortunately:

Y’all, I wanna make some #worldcup themed cookies, but no one in my neck of the woods has got that World Cup Fever. :(

And according to Bitty, the Boys do in fact have World Cup fever:

Rans & Holster keep texting me about the #WorldCup2014. Y’all—I’m barely watching US games, why do you think I’m watching Mexico v.Croatia?

Were you aware your comic has a Tv Tropes page? And that it needs a lot of love? :D

The only entry is the following:

Which I mean. Is all you really NEED.

I just want you to know that I may've had an aneurism laughing at "- When is Jack going to kiss Bitty and when is Bitty going to get to touch Jack’s butt? Yes."

How much will Jack and Bitty? Everywhere.

Where will they? Soooo much!

Will Bitty put a pie on it? Soooo much!!! 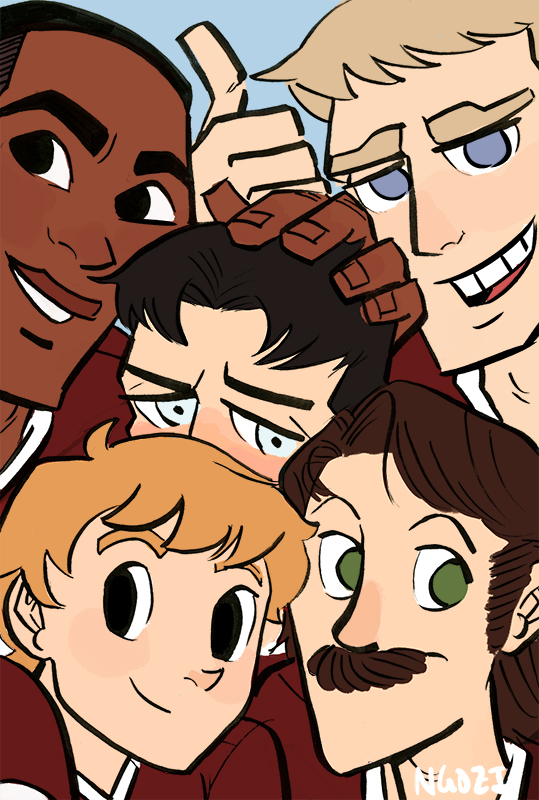 Hey! You should check out omgfanplease. (And you should submit stuff if you have anything!) It’s site for all the CP-related fanworks on Tumblr and around the web!

Every week in studio class we get to sketch someone’s character of choice in order to practice convention commissions. This week we got Jack Zimmermann! (So there are like, a dozen Jacks floating around over there.) 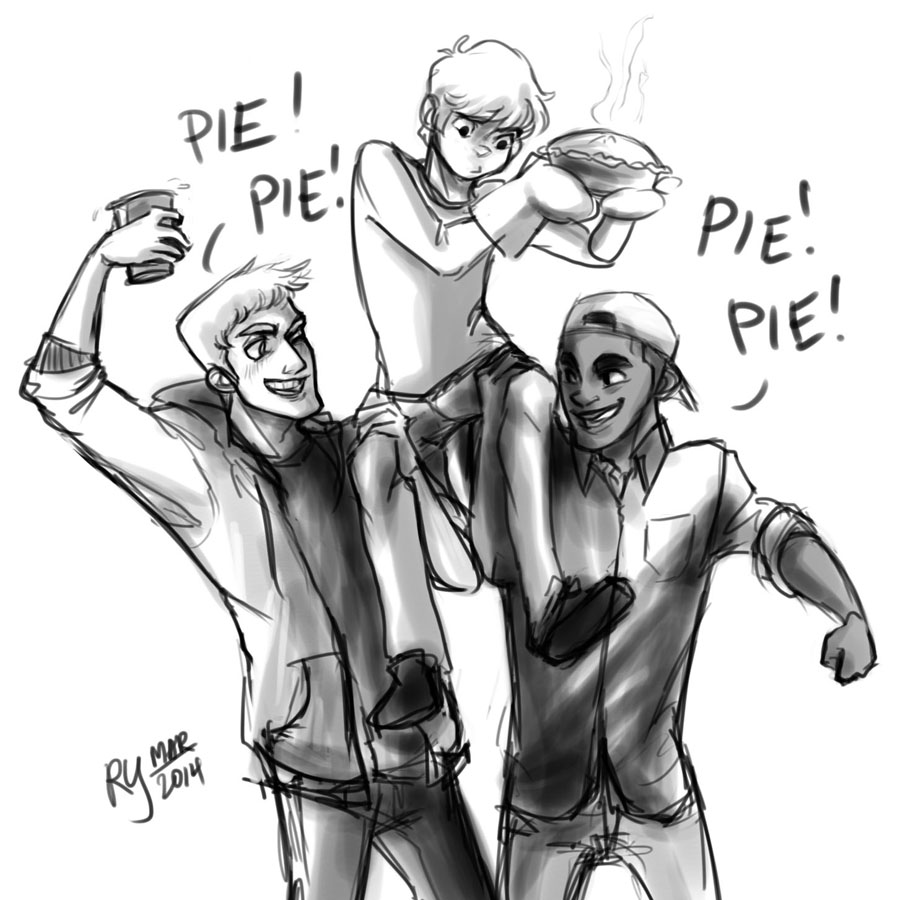 DID YOU THINK I WAS KIDDING???? DID YOU THINK THAT I WOULDN’T KEEP DRAWING FANART FOR YOUR WONDERFUL COMIC????

omgfanplease now exists for your extra dose of Check, Please! goodness! If you ever want something reblobbed, I follow the omgcheckplease and omgfanplease tags!

;_; Thanks! I won’t be publishing any time soon (and I probably won’t have merch soon either, unfortunately). Though I have been entertaining the thought of making a mini-comic and printing it super cheap and sending it to you guys? I have many ideas.

Random flyby saying that I freaking adore your comic- and my question is: how tall are these guys compared to each other (apart from Bits who we all know is a petite babby)?

YES!! I have been waiting for this question.

You can actually see the relative heights of the Boys in the Hockey Shit with R&H comic on nicknames: 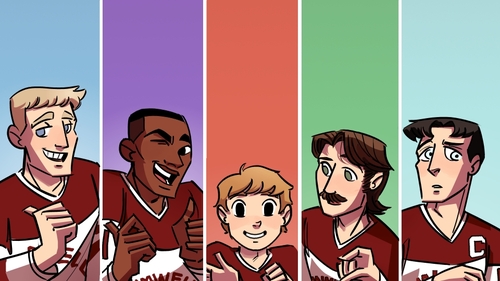 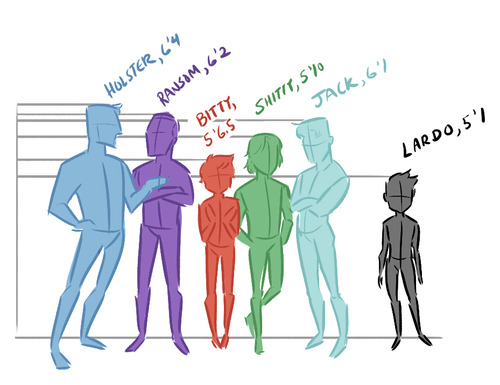 Everything’s relative, because my proportions are ~wacky~. And I often do not succeed in sticking to their height/size differences in the comic and extras.  BUT if I did, this is how the Boys would look like standing next to each other. When it comes to weight, Holster and Ransom are *around* 220lb and 210Ib, Shitty’s like 160lb, Jack’s probably riding 200lb, and Bitty’s 125lb.  (Maybe. If he’s been eating protein.) I had to reference a lot of college hockey rosters to cook up these heights and weights. (And a lot of figure skating websites.)

AND YO IT’S LARDO. She’s in the next comic. Now is a good time to apologize for not updating.