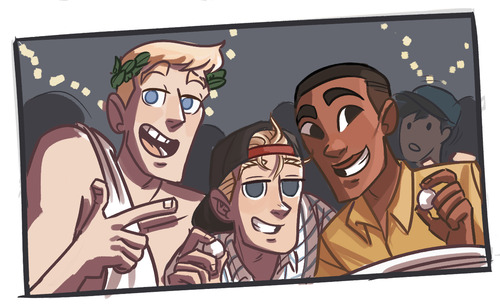 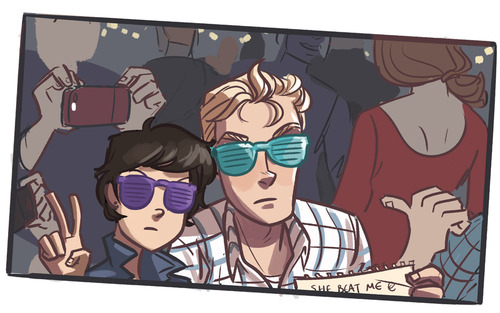 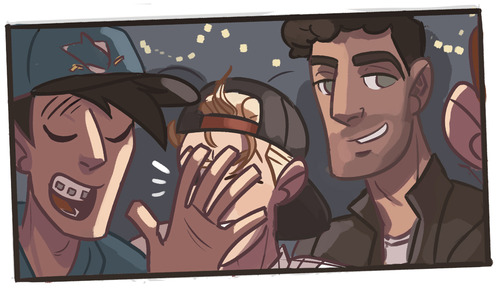 âœ“  There were the 34 days in the summer of 2009, between winning the Memorial Cup and the NHL Entry Draft in Montreal, where things were perfect. Who wouldn’t want that back?

But that was a very long time ago.

âœ“ Who is Kent Parson? Is he a jerk? Is he actually as nice as Shitty and Bitty suggest? Why does Jack get so tense around him? Why is their relationship so strained? Is it just because of Jack’s jealousy? Is it something Jack did? Is it something Parse did? Why does he keep trying to talk to Jack? What does Parse want? AND HOW DOES THIS AFFECT ERIC RICHARD BITTLE?  Kent “…Baby One More Time” Parson. I’ve been sayin’ it from DAY ONE, FOLKS.

âœ“ Waaaaaait a minute wait what was that Parse sitting in Jack’s lap??? Where else would he sit?

âœ“ Is the only difference between now!Jack and qmjhl!Jack just his haircut? The secret to drawing a younger Jack is making him smile, the end. Hahaha, now we’re all sad.

âœ“ WHO WERE THOSE GIRLS RANSOM AND HOLSTER WERE TRYING TO WHEEL? March and April. March is 5’11. I sure hope they turn up in later comics. ._.

âœ“ What color are Kent Parson’s eyes? They change color like the anime trash he is.

âœ“ Ugh, when will this Parse thing be over. SOON.