I don't understand. I mean, yeah the flow, but still, why am I so weirdly attracted to Shitty? 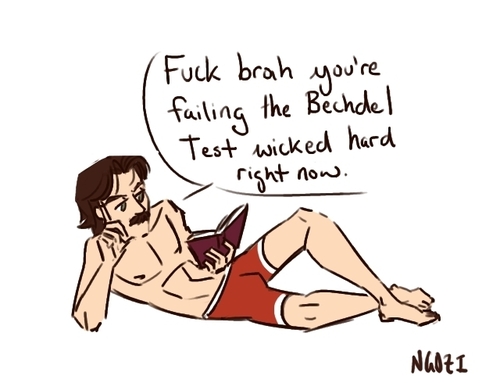 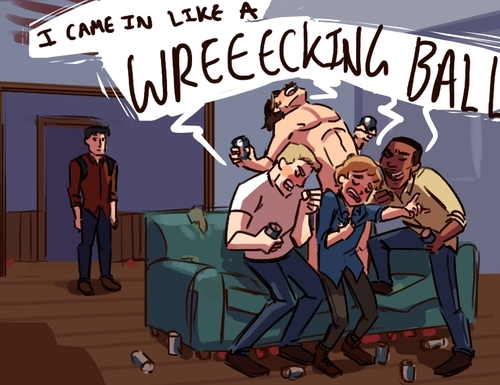 that’s it that’s the comic

A message from miscella

Are Ransom and Holster childhood friends or did they just really hit it off in college? 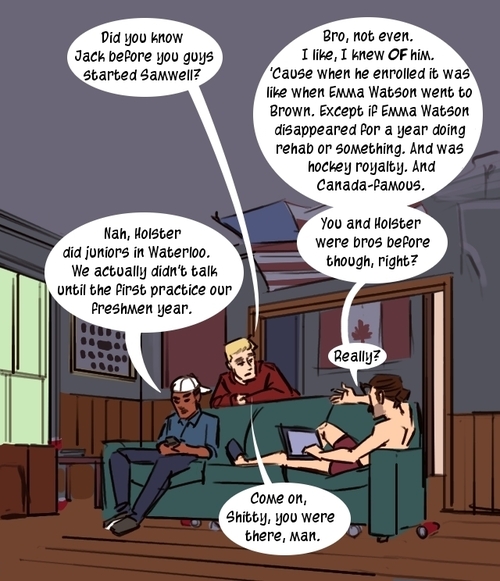 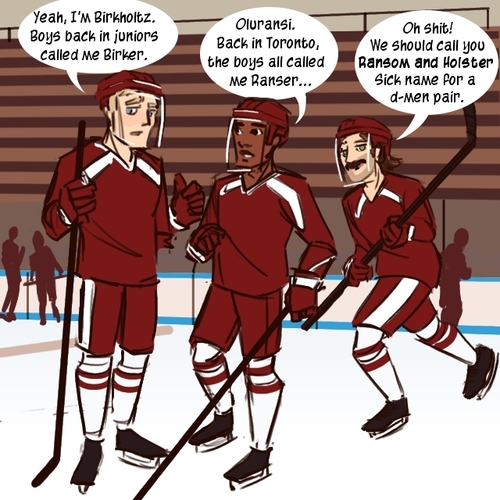 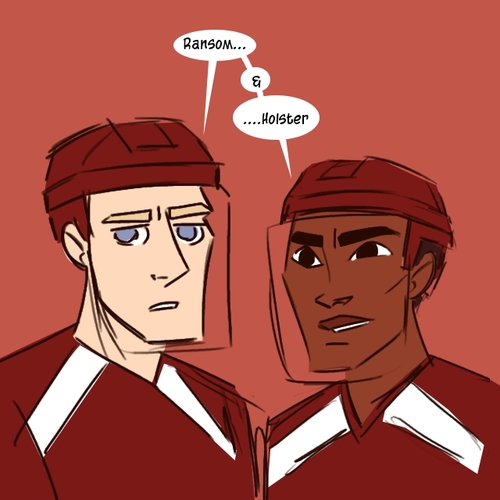 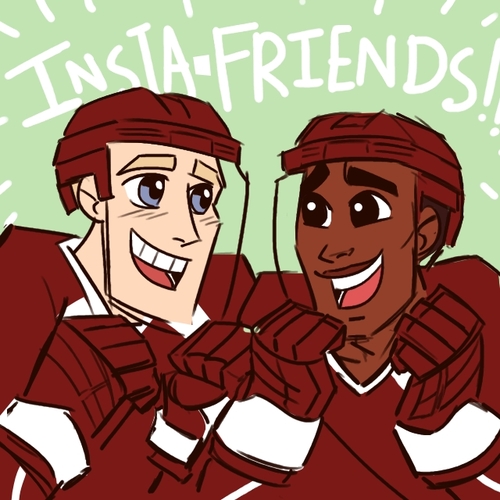 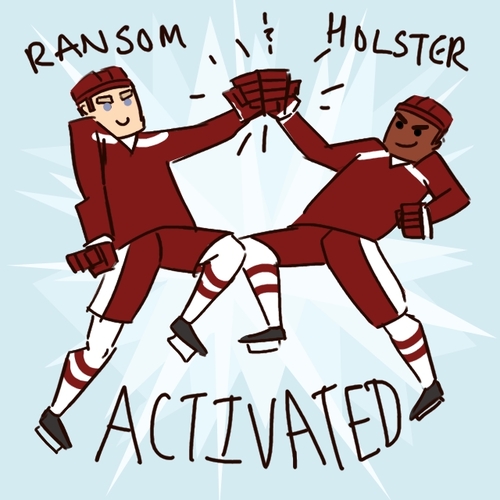 That moment when you meet your best friend and the force is so strong you get anime eyes. 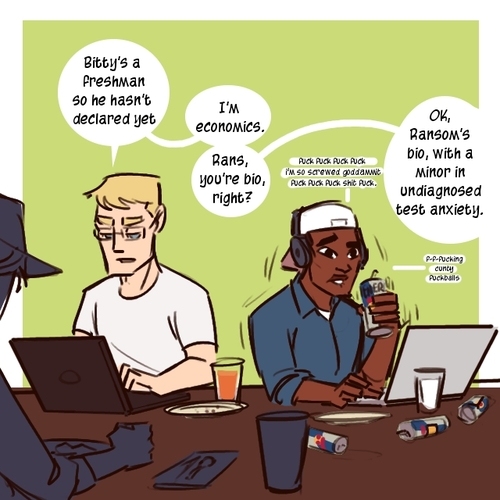 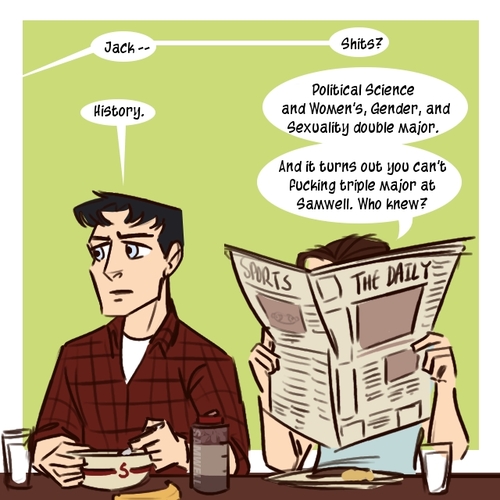 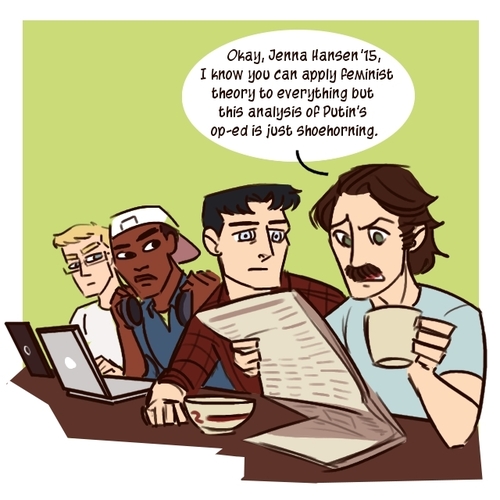 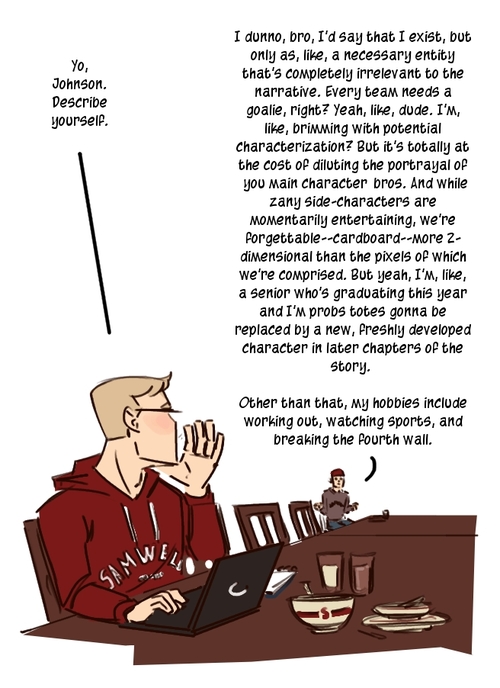 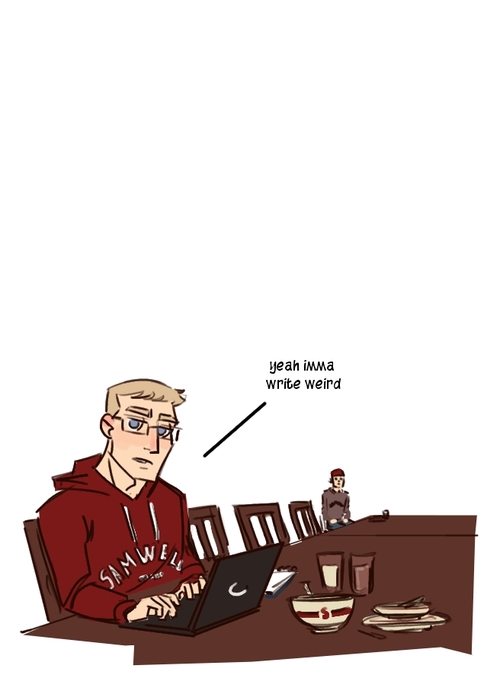 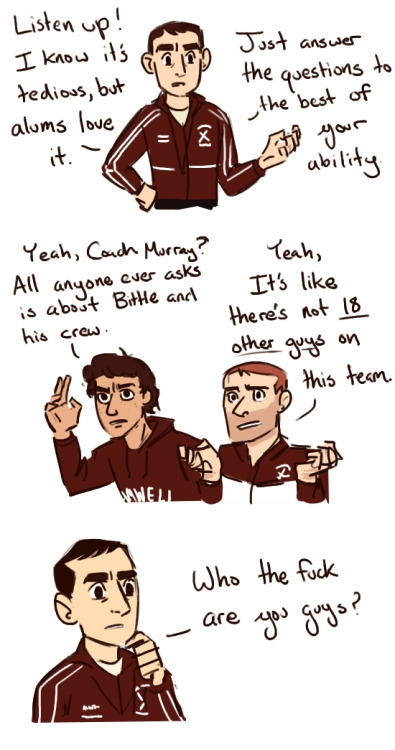 Do any of you get homesick? How do you deal with it if you do? 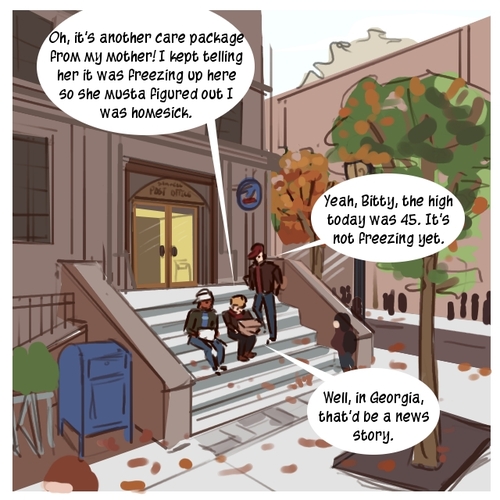 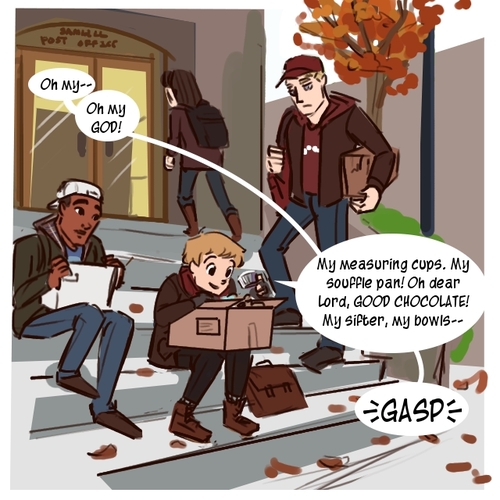 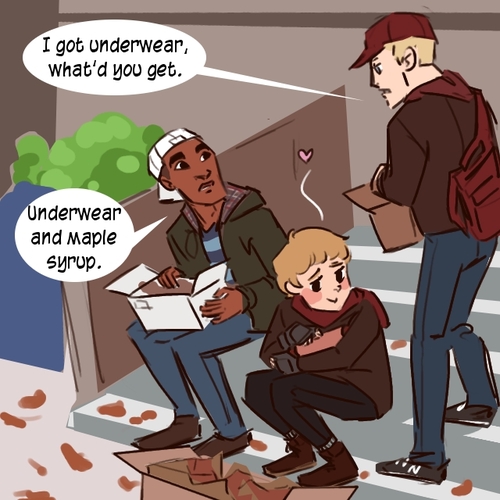 “I love that the leaves change up here…but I still miss my kitchen. Baking helps.”

To any: have you ever drunkenly made out with one of your teammates (I just really wanna see you guys make out with each other okay?) 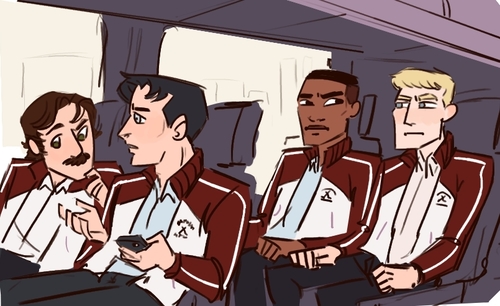 To any of you: has anyone ever gotten a really horrible haircut? 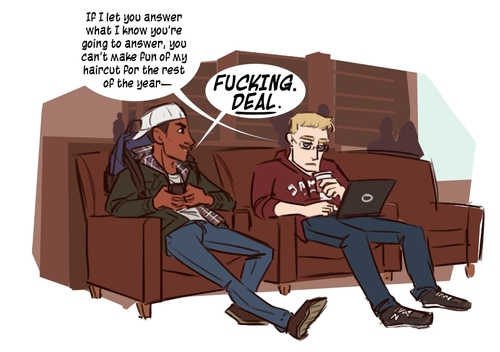 Shitty, your last name is KNIGHT, how/why is your nickname Shitty??? *despairs over your sick flow and pedostache* 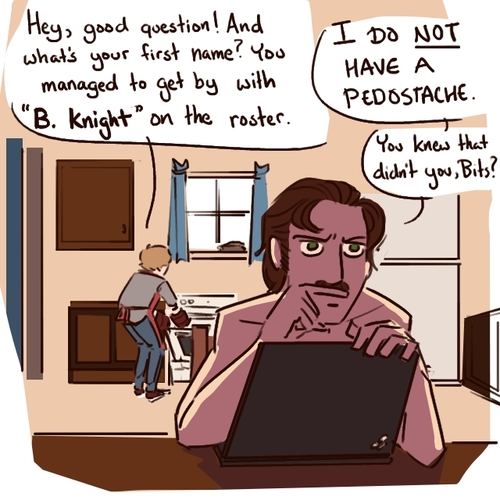 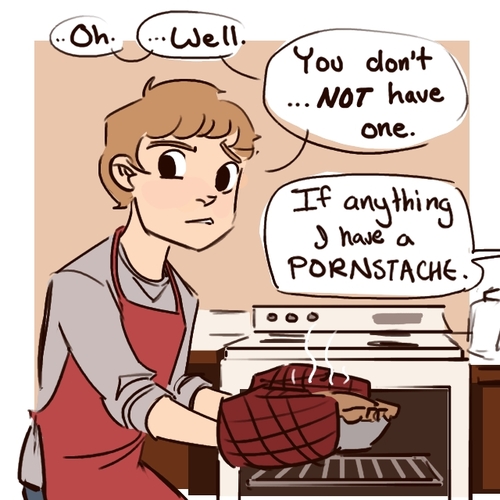 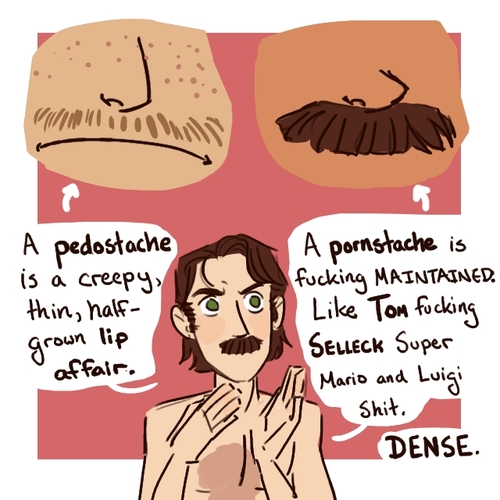 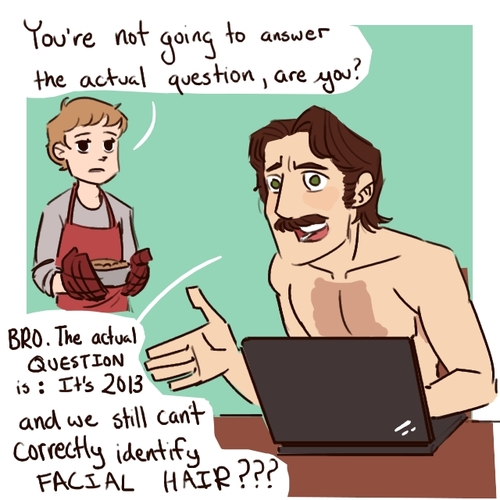