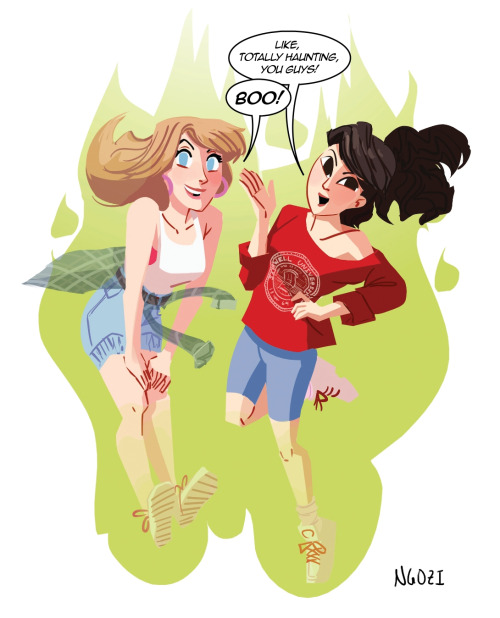 The Haus Ghosts, Mandy and Jenny.*

No one is exactly sure what happened during that infamous Theta Alpha Theta rush event of 1993, but it left the sorority house empty for a decade until it was purchased by the 2003-2004 Samwell Hockey Team. After which, it was kinda renovated. Ish. The upstairs bathroom will forever smell like vodka and baby powder. Some say the ghosts of the two deceased sisters still haunt what is now called “The Haus”, but some say a lot of things about the Haus, because once again, it is a total piece of shit.

The night before a home game, if you’re in the Haus and up at 3am, you can hear the faint sound of the Samwell Fight Song coming from nowhere in particular.

*As were named in a Check, Please! comment-fic I read earlier this week. Er, thanks, staygold-kanerboy!