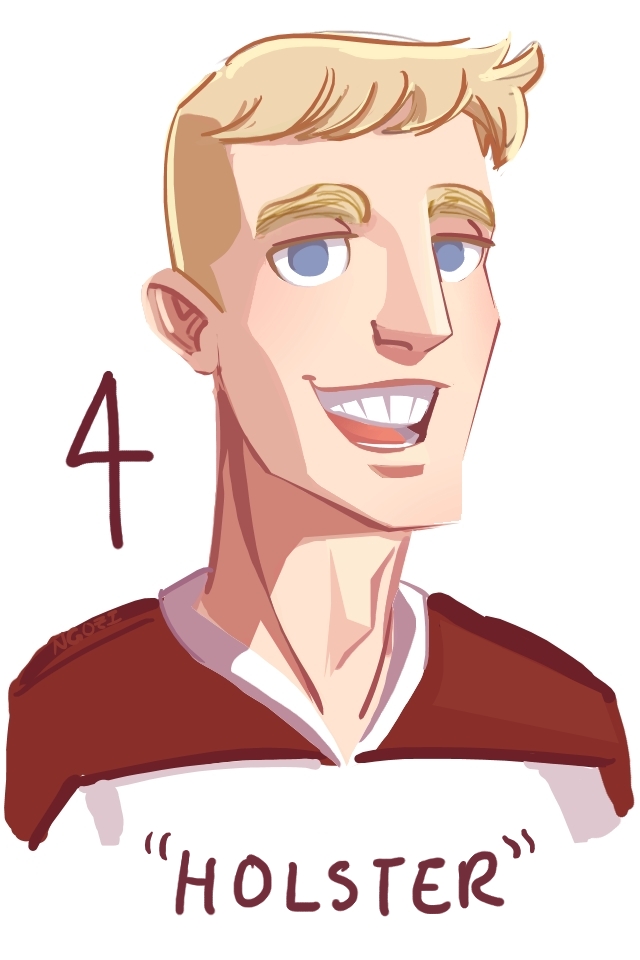 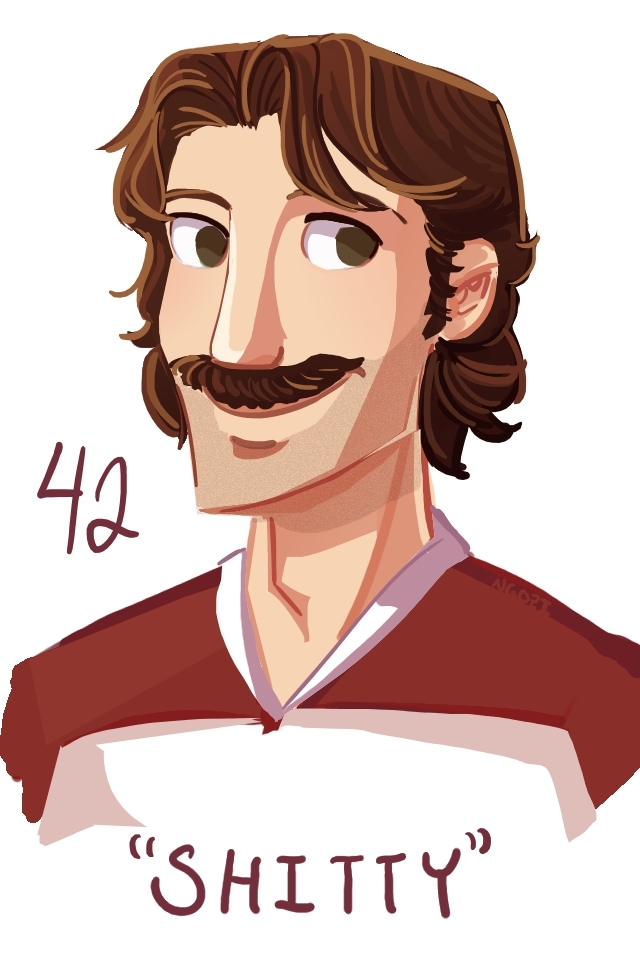 Holster, defensemen: unnecessarily loud, college-wide pong champ, one half of the best defense-duo in the ECAC. 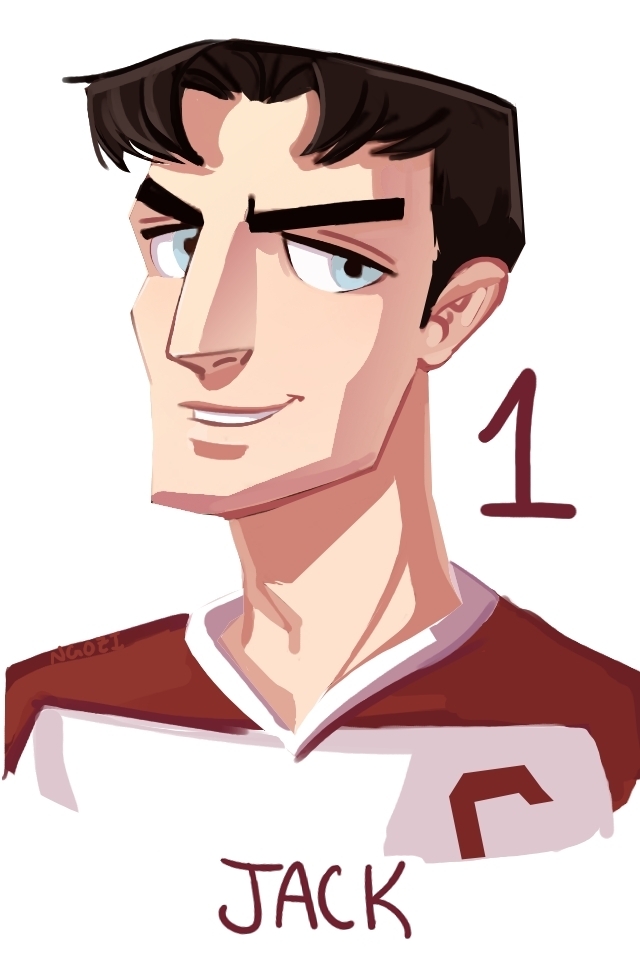 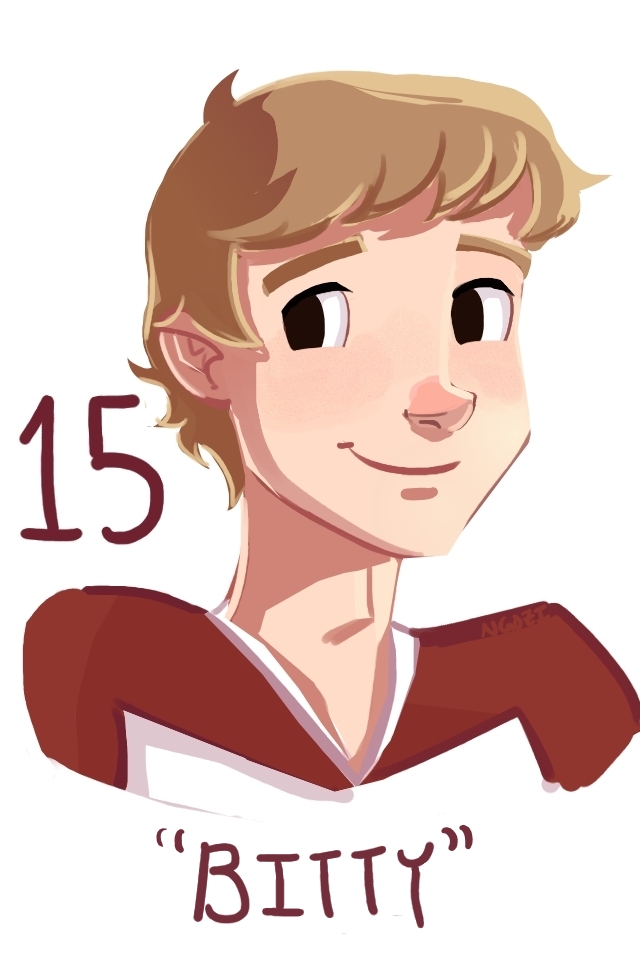 I’ve been wanting to do a mini-webcomic for MONTHS (since I finished the screenplay about hockey?) about a hockey team at a fictional university. I’ll try to work through the roster.

Already, you feel the hilarity.