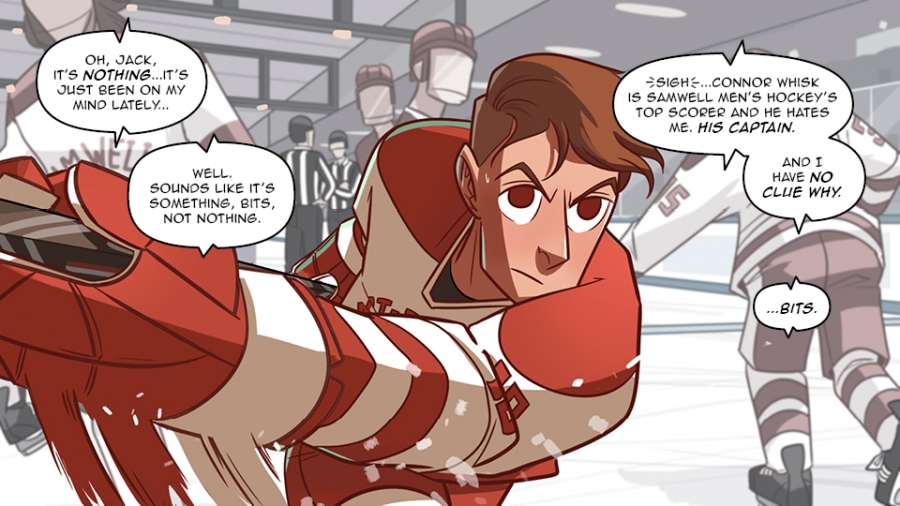 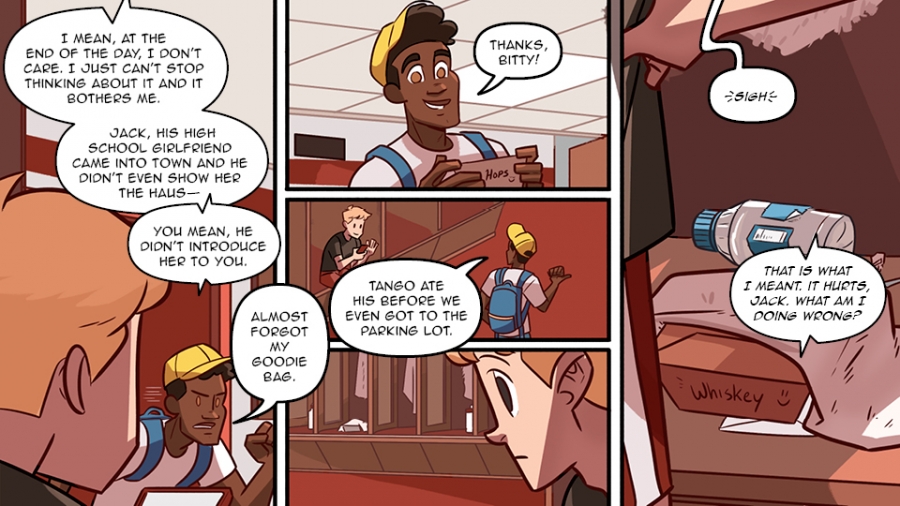 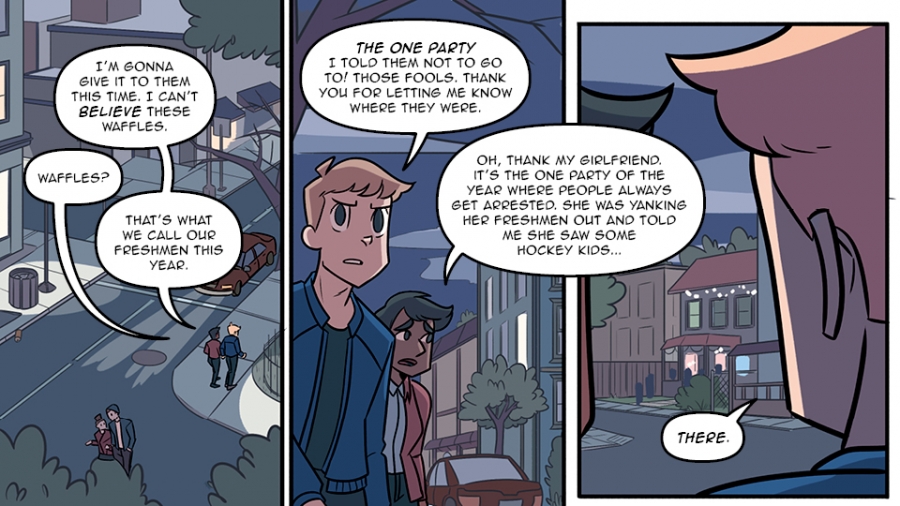 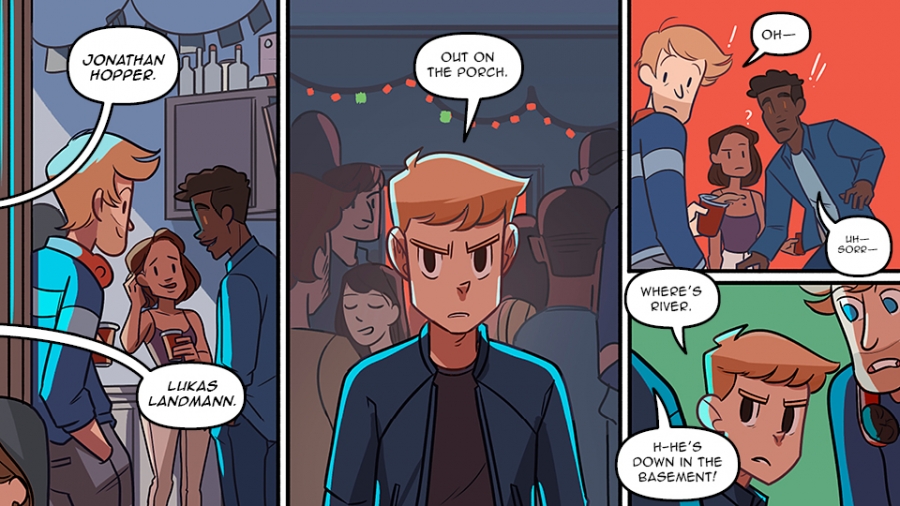 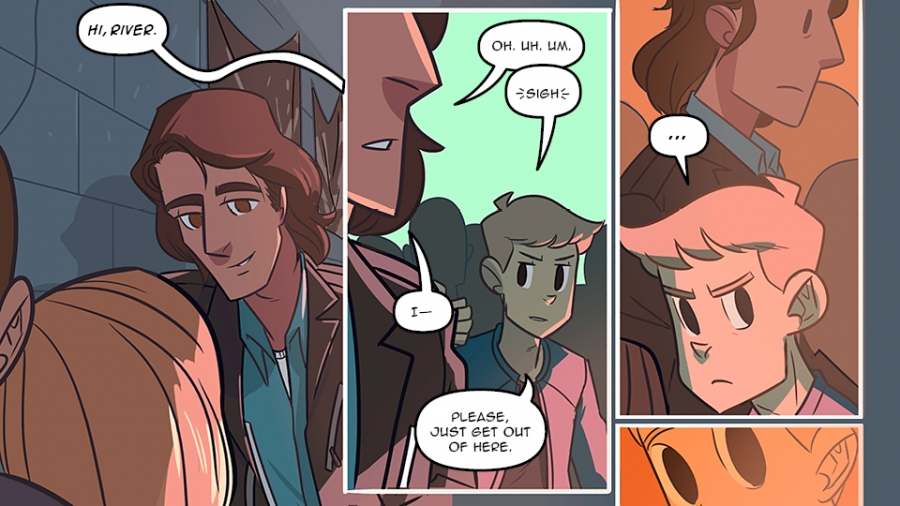 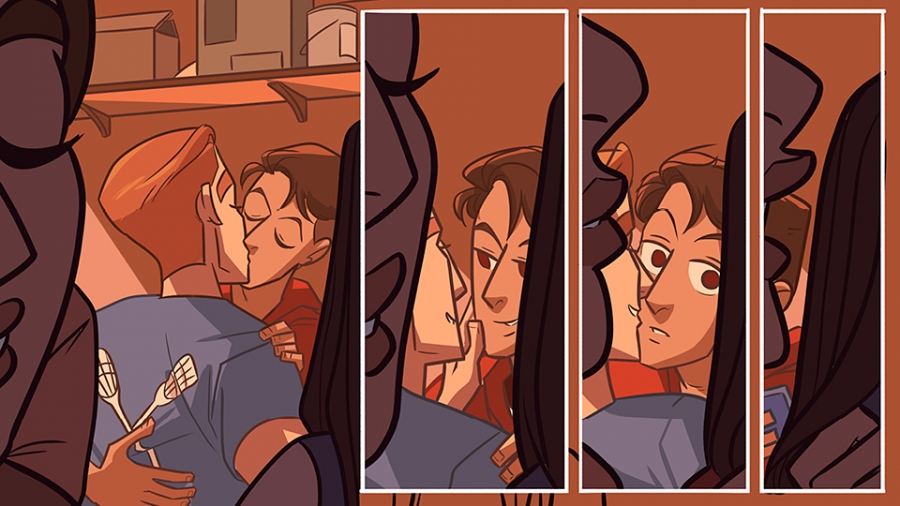 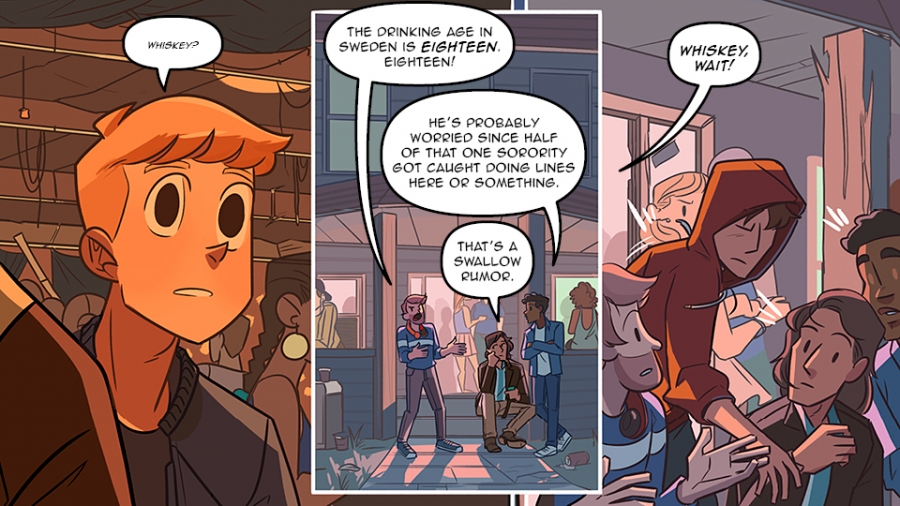 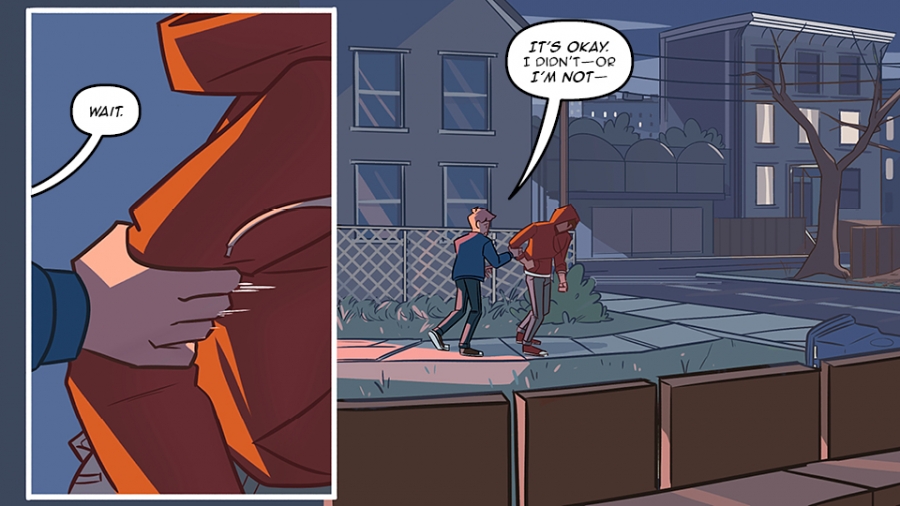 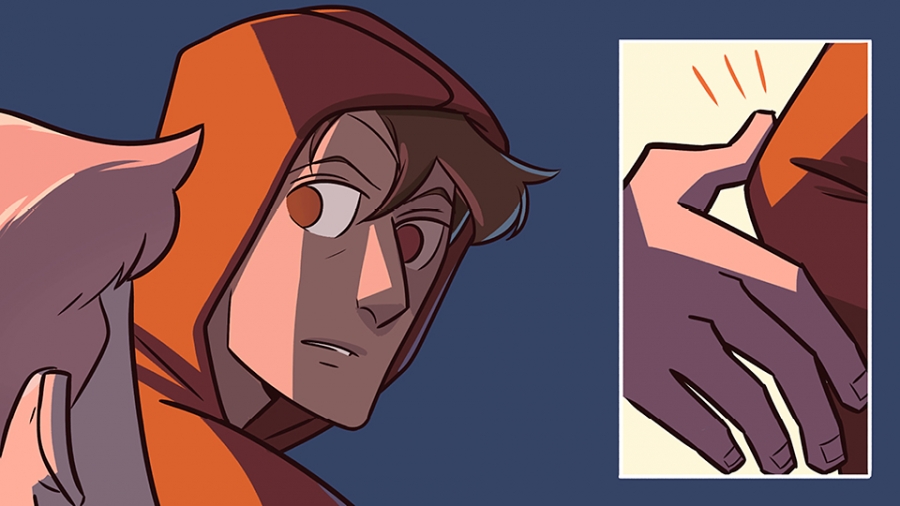 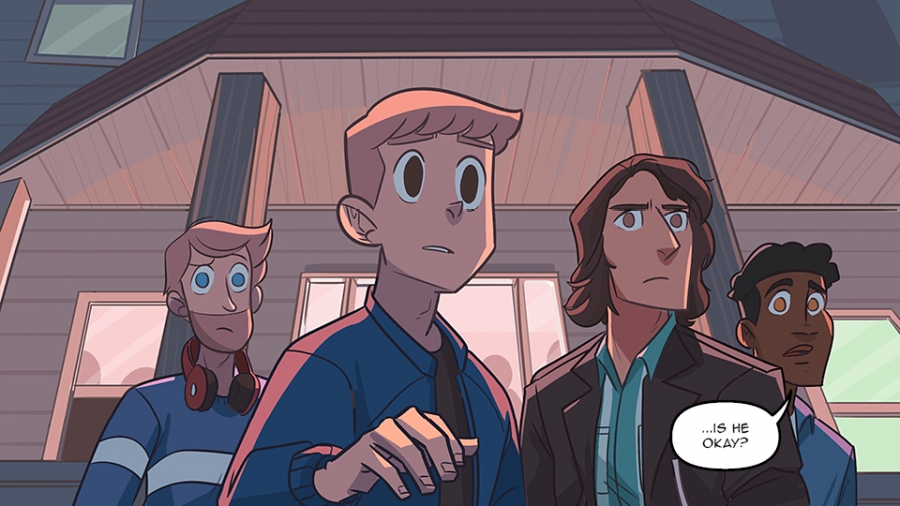 ? FOLKS, it's been a while. About 160 days worth of while. And here we are—with a blog post for Comic 4.9 – Whiskey! (Finally!) I'll go ahead and say THANK YOU SO MUCH for sticking around—thank you so much for you patience. Long story short: i've been working far far far ahead on Check Please to hit deadlines for my publisher. And I'm posting this because I want to update this very site with Comic 4.10 in a few hours!!

? So what is this verboten party? This verboten semi-annual off-off campus party is in a gross house, one that is the birth place of many rumors. Rumors are bornhere after gestating in the murky drunken darkness of basements and dilapidated bedrooms. This used to be a sorority house years ago? And then an a capella house? Oh, these Waffles!! If you're going to party in a falling-apart den of iniquity, at least party in the friendliest one at Samwell. AT LEAST THERE'S PIE THERE!

?  WAS WHISKEY MAKING OUT WITH A LAX BRO? Yes.

? WHISKEY HAS A REAL-BUT-OFF-SCREEN HIGH SCHOOL GIRLFRIEND THAT HE DATED? IS STILL DATING? WHAT??? Is he cheating on her??? Are they trying to see other people?? Is this something they talked about? It's Whiskey. What do you think? ?CONVENTIONS And! Just so you know! I will be doing lots of conventions towards the back end of this year! Check 'em out on my Events Page Here. Check, Please's last updates are this week. Here on checkplease.com.